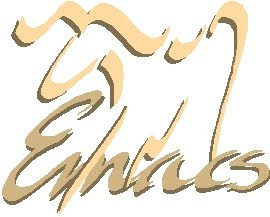 From The Design of the Emacs Logo

I guess you may already know I love the emacs text editor, and use it as often as I can to do almost everything I can with it. I even use it in my iPod touch, through minivMac. But there is a small niche where it was a pain: quick editing a file from the command line. Those times when you just want to open one file, change a line, save and close.

I have lots and lots of extensions for C programming and LaTeX editing… to change a line I don’t need all the fuss, and it is a 2 second edit, for a 10 second emacs load. It doesn’t pay off. For a while I was using the editor from hell, but I know just a few keystrokes, and don’t want to learn any more, I am proficient enough with emacs and need no more commands. So I set myself to find other editors.

Also, editing from my iPod touch with TouchTerm Pro is not easy… I have already an emacs-like side-keyboard I can use… with emacs keybindings, of course. I’ll post it here someday to those everywhere system admins/code runners.

First and simplest choice: nano. It has Control&Meta commands and syntax highlighting… and these are the only good point I found, besides being a Unix standard. Dismissed quickly, but more useful than that to a quick edit. Maybe I’ll try to install it from source in my Linux box (I am not root… installing is a PITA).

Then, mg (formerly known as microGNUemacs). Small, quick and as emacs-like as you can get without LISP as an extension language….

Dismissed, as Zile (Zile Is Lossy Emacs) is part of the GNU project, more availability. It can be easily installed from source as a local user in Linux, and through MacPorts in a Mac. No syntax highlighting, though. I would love to have it… :_(