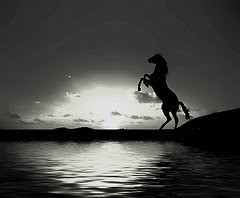 One may say that to be a winner you have to be disciplined, commited, hard-worker, have a thirst for the win. But what a winner has almost always behind are countless failures, terrible defeats and fatal blunders.

The topic for this post has been jumping on and off from my mind for a few weeks, and what prompted me to finally write it was a very recent post by Gabriel Weinberg, web entrepeneur and CEO of the alternative search engine DuckDuckGo. In an already cramped web search jungle, he has made a place… after selling one startup for $10 million and countless “failures”.

If you are not programming inclined, I have another example you may have heard about. One of the most hard-core winners ever, Michael Jordan. Maybe you don’t know, but Michael has an older brother named Larry, with whom he used to play different sports as a kid. And as usually happens, the older brother defeats the younger 9 times out of 10. But Michael never gave up, never stopped and finally was able to win their 1-1 games… And went on to win against everyone he was pitched against. And he went on to win 6 NBA Championships.

You may argue with me and say Winners are born! and I vow to disagree and say Winners are made!. More even, winners are forged. Hardship, stress and pressure all combine to turn carbon into diamond. Or as Dragos Roua puts it, turn iron into tempered steel. Take any outstanding personality that can be qualified as a winner (athlete, scientist, programmer…) and dig a little in his life. You will see that more often than not his current prowess comes from defeat, failure and loss.

The difference between a winner and a loser is not the event of a defeat: it happens for both. The difference is standing up again in after a defeat. A loser may come back home, tail between the legs. A winner will clench their teeth and pledge for it not to happen again.

A winner will keep failing, but will do its utmost to do it less, and less, and less. Until he is as close to perfect as it can get. If we chase perfection, we will attain excellence said the late Vince Lombardi. And he knew a great deal of being a winner: He won the NFL/Super Bowl 5 times. And this was after not being able to win as a player in Fordham University.

Want to be a winner? Change your mindset

There is a saying in the oriental game of Go that you should lose your first 50 games as quickly as possible. It is assumed that in doing so you will fail and learn, and with each defeat improve. In this sense, you should embrace defeat, as every defeat carries a lesson, and with each lesson you are closer to not losing again.

The Danish mathematician, artist, poet, inventor and designer (a real winner!) Piet Hein wrote a grook (a type of poem he invented) titled Road to Wisdom:

And simple to express:

Start by accepting failure. This does not mean that you should start a project already thinking you may fail. It means that once it is clear that this leads nowhere, accept it. And then move on to the next step.

Analyse your failure. From each failure comes a lesson. Get it right and next time you won’t fail. But be sincere: don’t blame others or the situation for your own faults. If you failed, acknowledge it and don’t do it again.

Embrace failure. This is the hard part. Take a few moments to embrace your failure. Accept it, analyse it, and then embrace it like you would to a good friend. It is your friend, because it has helped you avoid making the same mistake the next time.

Let go. Keep trying. Having a failure in your back should thrust you further, not be a deadweight slowing you down.

Did you enjoy this post? If you did, please take two seconds to share it via Twitter/StumbleUpon or take one second and subscribe to this blog. This would make a difference.

Procrastinating? Find the Next Step Up

3 Ways to Sharpen Your Saw Daily