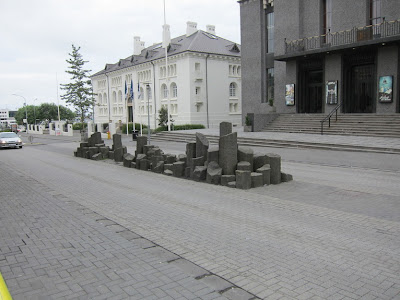 After a huge delay, this is the first of a few posts about our road trip to Iceland last June and July. While we were there, I wrote a journal about what we did and saw each day, and this is the extended version (with pictures!)

We arrived to Keflavík International Airport (its terminal is named Leifur Eiríksson after the European discoverer of North America), really late: our plane needed refueling before departure and it ate quite a lot of time. Anyway, when we arrived a friendly taxi driver with a thick but good English was waiting for us with the cinematographic sign Mr. Berenguel. Our trip from the airport to Reykjavik took another while and we arrived at Aurora guesthouse close to 1 AM, with 2 hours more for us… In short, we were wasted. We quickly checked the bag the driver gave us from Nordic Visitor (detailed road map, road guide, planning, Icelandic prepayed phone and a few more things, all perfect) went for a quick shower and off to sleep. The first surprise was the tap water: the cold one was great: Iceland’s tap water is the best water in the world. The hot water smells slightly sulfurous, but you get used to it pretty quick.

The next and real first day of our trip, we had planned sightseeing the city. We were pretty close to the Hallgrimskirkja, so it was our first stop. It is very new, wih a design based on the basalt columns of the majestic Svartifoss waterfall (we visited it a few days later). Went inside and the interior was interesting with a very nice effect. A big pipe organ was another highlight. 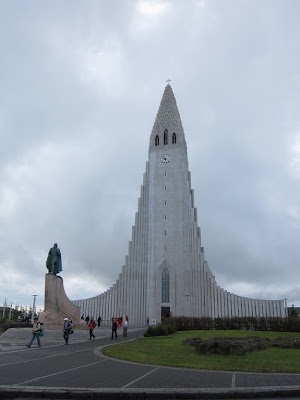 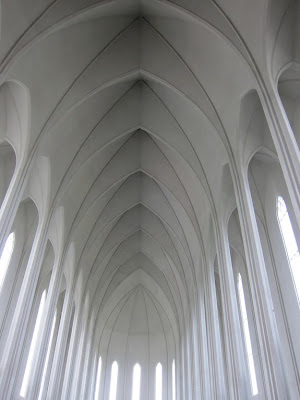 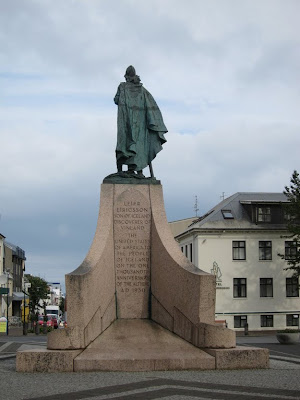 After this cultural visit, we went down until we saw the sea and turned on the main street (Laugarvegur) to do some shopping. In the first shop we went in, Laia bought a scarf and the shopkeeper talked to us in Spanish. She even said goodbye to us in Catalan! We started to love this country. We kept on shopping and walking. Gifts for us and the family, books. I bought myself a copy of The Little Prince in Icelandic (Litli Prinsinn) as part of my Icelandic learning. 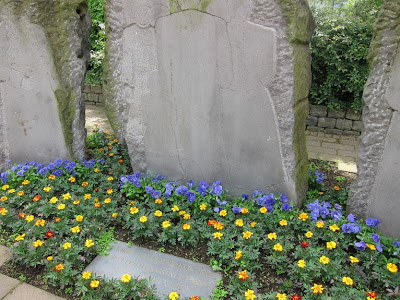 When we were tired of so much walking and shopping, we went to a nice kaffihús (coffee house) called Kaffitár. The coffee was really good (and this will be mostly the in the whole country, good coffee or at least decent coffee). The place has free wifi, so we could check our email and post news to twitter. We were puzzled when, among other baristas, one of the barista prizes given to this coffee place was to someone with surname Ferrer, which is a pretty common surname in Catalonia (akin to Smith in English countries)

Then we went to see the Parliament house (which we found unappealing) and as some kind of amusement, someone had written a poem in the ground. From there, we went walking towards Adælstræti, the oldest street in Reykjavik and on our way we found some old Viking tombstones in a park. On Adælstræti we shopped a little more (I bought ice cubes made of Icelandic granite!) and got completely lost looking for the bus station: we wanted to spend the afternoon in the Blue Lagoon (we ended up going to a similar place close to Myvatn, the Myvatn Nature Baths a week later).

When we got hungry we went down to the harbour and ate some Icelandic hot dogs called pylsur (read here my recipe for homemade pylsur) in the best and oldest place to eat them, just by the harbour. I have also written a post about Icelandic food for foreigners. 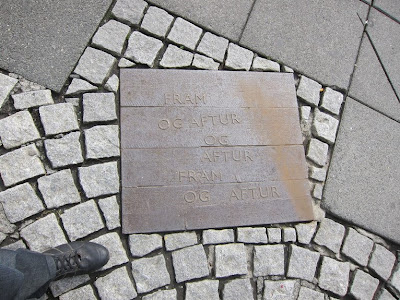 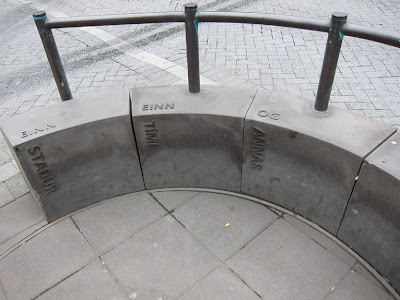 We visited quickly Reykjavik’s flea market and got lost again while trying to get to the Viking ship by the sea shore. Finally we made it and took some pictures, although the light was not good enough (just before leaving we took some pretty good pictures again). 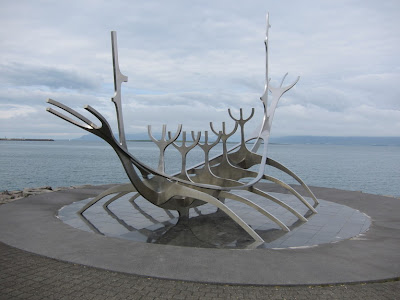 A modern monument in honor of Viking ancestry

When we found the bus station, we were told that it was just too late to go to the Blue Lagoon (buses finished at around 17 and we could only spend something like an hour there), so we just sat to drink some coffee (and enjoy more wifi time) before going shopping for books about felting: Laia felt in love with what the Icelanders could do with it. 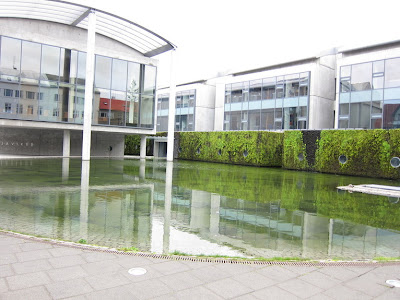 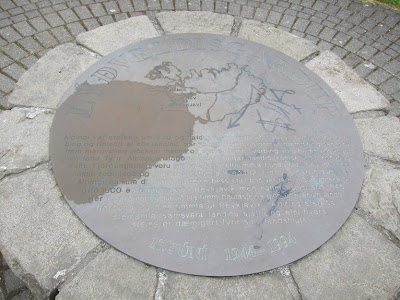 Left: City Hall
Right: A commemorative sign of Iceland’s turn into a republic

We went to the Raðhus, the City Hall, which is in a very nice place with a small pond beside (where a few geese were strolling). At this point we were really tired, and decided to go for a swim in a public swimming pool, which according to our guide should be open. Got to our guesthouse and packed our swimming suits and items. After walking a lot… It was about to close, our guide had an error in the times for this! 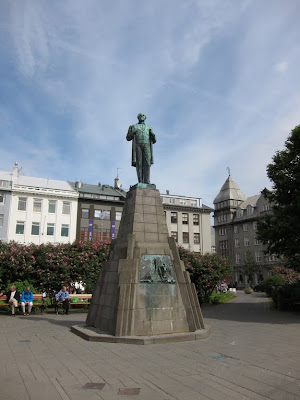 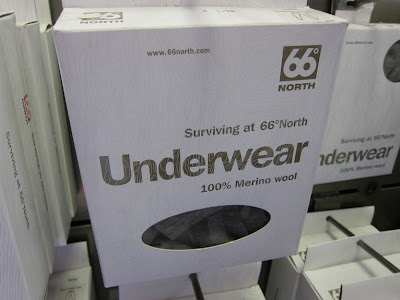 Although the weather looks good… They sell wool underwear!

We went back and took a walk in the big gardens named Hljómskálagarðurinn and saw there a statue of Saint George. Had more pylsa for supper and went back to our guesthouse to pack everything and plan the following day. We prepared some pre-made couscous and went to bed. A tiring but very fulfiling day! 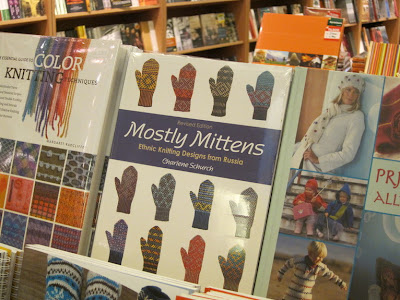 If you want to keep reading about our trip through Iceland, don’t forget to subscribe!