This is not an affiliate post: I earn nothing from you purchasing this book and I don’t know the authors.

As you may know, I like learning weird stuff. I can’t help it (nor I want to), and Haskell had to be one of those eventually. I have repeatedly tried, starting 4 or 5 years ago with Learn you a Haskell for Great Good.

Since then, I have more or less tried again and again (with different sets of sources, books, courses…). I got this bug during my maths degree: if I struggle learning something, it means there is some knowledge/ability there I lack. Then I need to acquire it.

At last, though, this book did it. First, let me clarify what I mean by learning a programming language. For me, this would be the first set of required steps in any language. Having them, you can just keep it as a side toy or go on to mastery on your own. They are:

As you can see, I don’t put the bar very high, but it’s the first bump in any language. My experience has shown that once I have the first 4 bullets, the fifth comes for granted. From there, sky’s the limit.

I don’t know how I stumbled upon Finding Success (and Failure) in Haskell. I suspect it may have been because Julie (co-author of this book) is also the co-author of Haskell Programming From First Principles, one of the (failed) stepping stones in my Haskell exploration. It is, though, the one that got me closer to the goal. Problem was, it is so long (1200+ pages in the PDF version) I gave up.

To be fair, the success of Finding Success may not be its own doing. I suspect there was a form of externality in play here as well: I got ghcide working on Visual Studio Code pretty quickly. It is a LSP powered type-completion/code-exploration/you-know engine for Haskell. Having it means good error detection, type inference, signature completion… many goodies that make code writing really enjoyable, particularly if it is Haskell (this will be material for another post, possibly). Having ghcide working properly was the final push to make me go through the whole book.

Note: Why Visual Studio and not Emacs? Emacs can be tricky when setting up LSP (I know from experience with Python and Scala) so I didn’t want to make the process harder than necessary. Also, VS Code is not a bad editor. If only it had good keybindings!

The ideal setup to go through this book is to have a multi-window layout with your editor, the book and possibly a terminal window to run commands from ghci, the interactive Haskell environment.

You will need around 7 or 8 hours to go through the book, typing the code as it comes and solving the exercises. They are not particularly hard, and most remind me of when I was learning German. Every time you learnt new phrase structures (the forms of Konjunktiv is the one I remember more vividly), you’d get a set of Sagen Sie es anders exercises, Say it in another way. Most of the exercises in this book follow this same pattern: making you rewrite your code in another way using a new idiom.

In the book you are going to write very simple (and understandable) code to:

As easy as that, but on the way you’ll learn fundamental Haskell concepts and write enough code to think “this wasn’t as hard". You will learn about monads, applicatives and lenses (and a few other things, but I would single these). The book is structured to introduce concepts slowly. Not as slowly as a Haskell version of The Little Lisper would, but slow enough. Side note, The Little Haskeller would be a terrific book, but probably several thousand pages long.

Some things worth noting are:

All in all, I give this book 4.5 stars. Half a star can be attributed to it actually making me pass that invisible wall, the rest to the book, which I think makes for good teaching material.

I would love to see a follow-up book that built on this by creating some real-world application, even if simple, like a web-server with a to-do. Classic initial project material.

Note: just after writing this review I found out they have a book in the works, writing an HTTP server from scratch, from the specification. I did that a really long time ago in Lisp (for HTTP 1.0) and it was quite fun. I bought early access after finding this out. 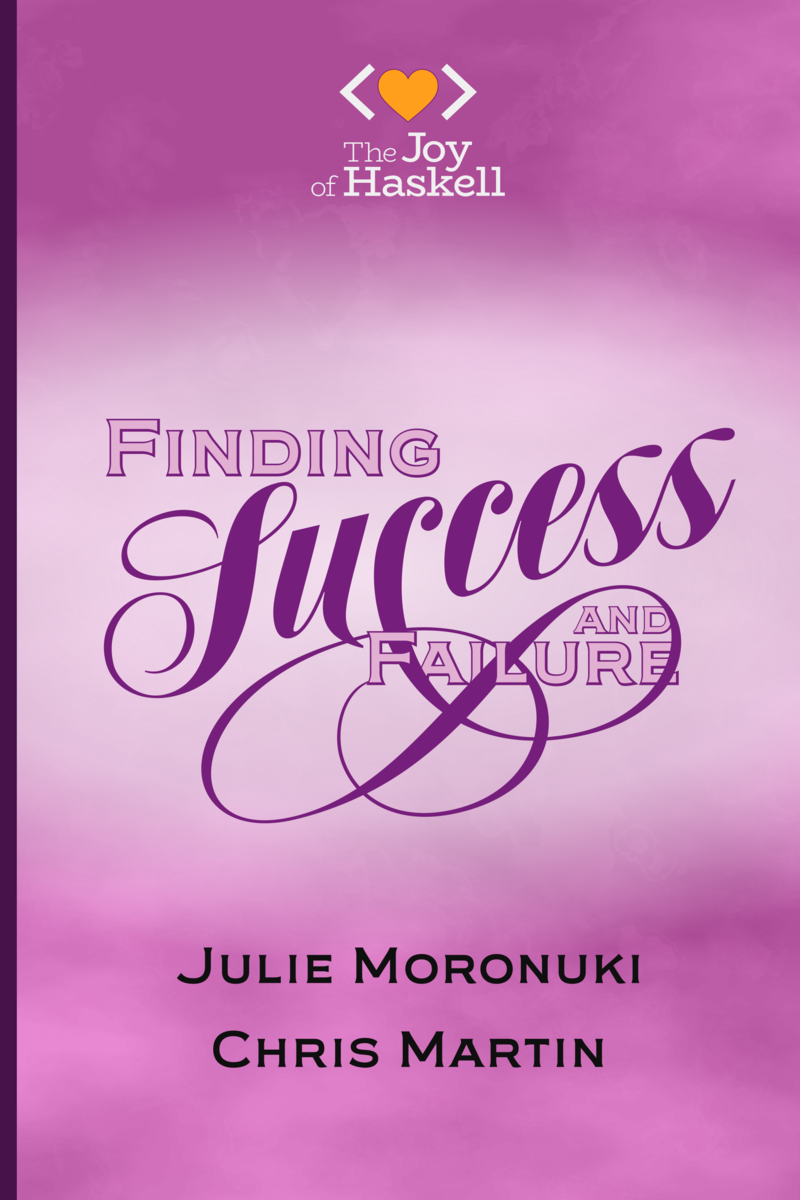